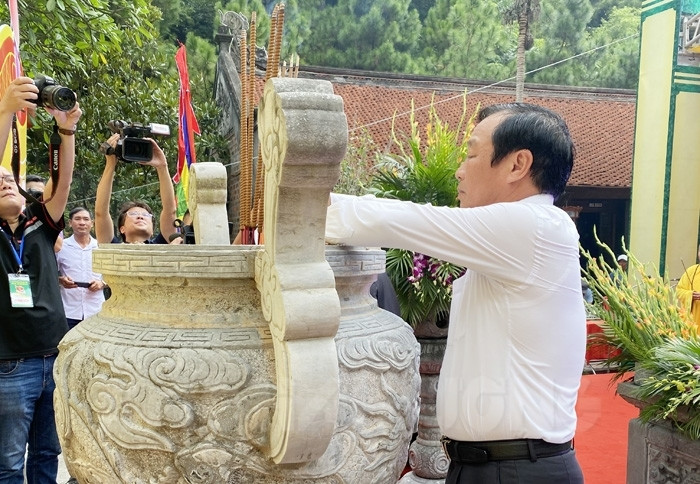 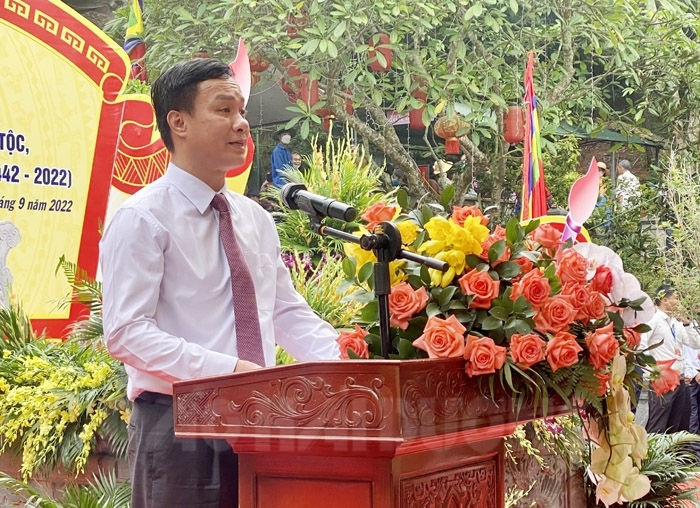 Chairman of the provincial People's Committee Trieu The Hung delivers a speech to commemorate the 580th death anniversary of National Hero, World Cultural Celebrity Nguyen Trai
Nguyen Trai, whose pseudonym is Uc Trai, was born in 1380 in Thang Long Citadel. His father is Nguyen Phi Khanh, a native of Chi Ngai village (now in Cong Hoa ward, Chi Linh city), and his mother is Tran Thi Thai, a daughter of Tu Do (Minister over the Masses) Tran Nguyen Dan.

Nguyen Trai lived with his maternal grandfather in Thang Long and Con Son during his childhood. He became famous very early for his talent, virtue, and great will. 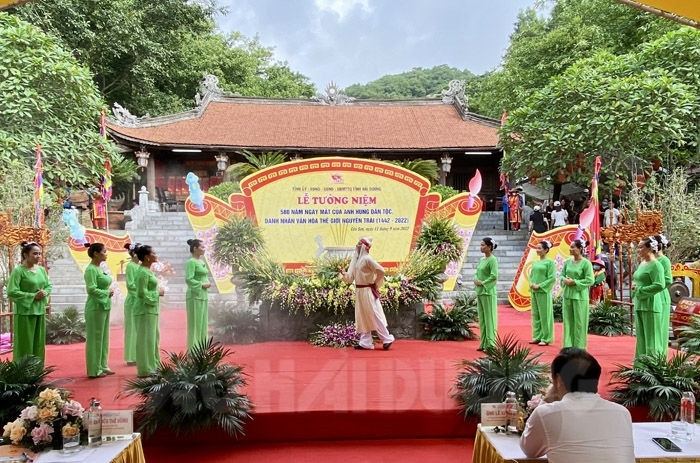 A cheo (traditional operetta) piece on Thanh Hu cave performed at the ceremony by artists from the Hai Duong Cheo Theatre
When Vietnam was peaceful again, with a desire to participate in "renovating the country, building an eternal peace..." and the thought "doing good deeds to keep people safe", he continued to engage in political, cultural, and social activities under the Le dynasty and made great contributions to creating a socio-economic foundation and a harmony of "country and people" - a resource to build a strong country at that time.

Nguyen Trai went down in history and became a great hero of the nation and an outstanding cultural celebrity. Although in this dusty world, his life ended with a painful tragedy, he was recorded in history with many pages on his glorious career and great influence on the national protection and development. 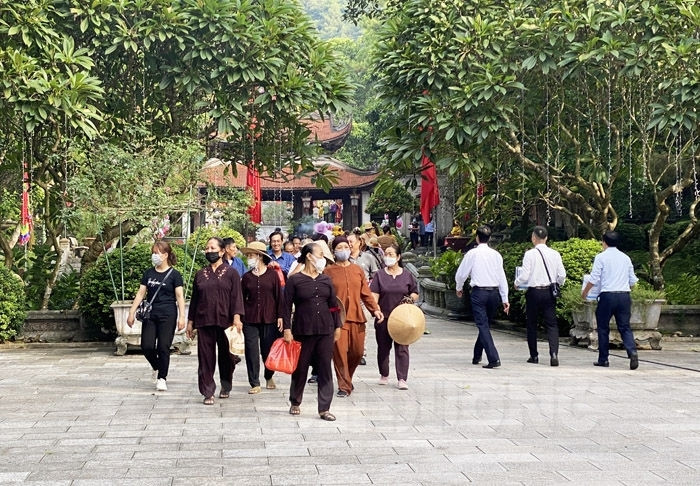 A large number of locals and visitors from everywhere attend this year's autumn festival after two-year influence of the Covid-19 epidemic
Nguyen Trai temple has long been a gathering place of those who inculcate the moral code "Uong nuoc nho nguon" and respectfully honor Uc Trai.

A dossier on the globally special and outstanding cultural heritage values of Con Son - Kiep Bac relic site is being completed for submission to the UNSCO for world heritage recognition.

This is an important activity in the program of this year's Con Son - Kiep Bac Autumn Festival.
TIEN HUY