A large number of visitors to Con Son - Kiep Bac indicates the increasing attraction and pervasion of the autumn festival.

A nine-tier towery platform representing a connection and interference axis of heaven and earth, yin and yang is built on the Luc Dau river dyke for the colored lantern festival
Procession and sacrificing ceremonies and Saint Tran’s death anniversary within the framework of the Con Son - Kiep Bac Autumn Festival 2022 ended at Kiep Bac relic on September 15 (i.e. the 20th day of the 8th lunar month).

These were the final rituals marking a very successful festival highly appreciated by tourists.

In 2020 and 2021, due to complicated developments of the Covid-19 epidemic, the scale of the festival was reduced in line with the actual situation. 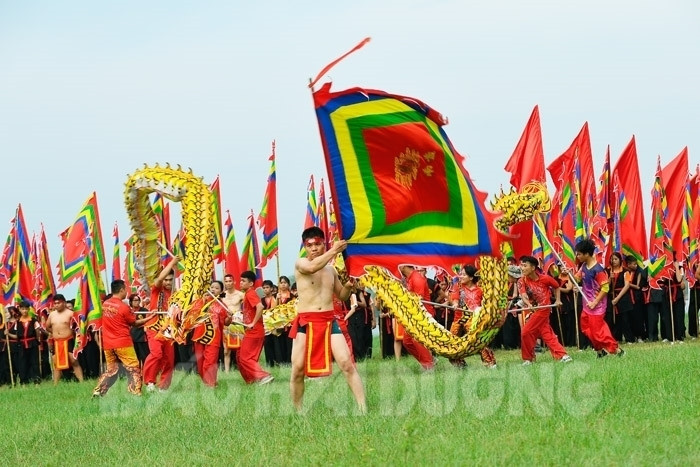 Especially, the Culture-Tourism Week was organized for the first time to popularize tourism and typical products of Hai Duong to numerous locals and visitors from everywhere.

On September 5, incense offering and proclamation ceremonies were solemnly held at Kiep Bac temple. These were the first rituals to ask permission to open the autumn festival, followed by a series of activities within the framework as well as on the sidelines of the festival. 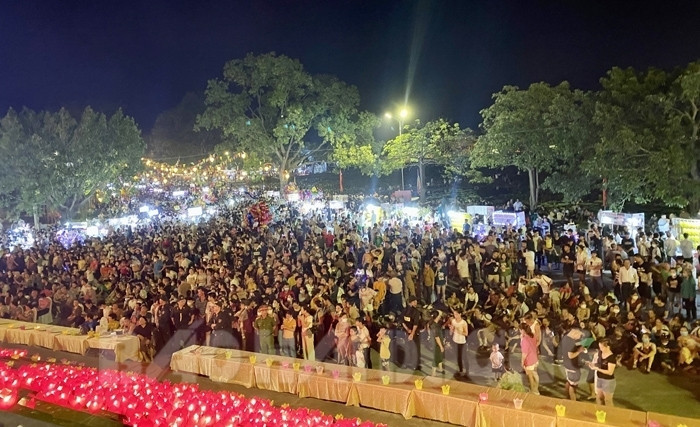 An incense offering ceremony to commemorate the 580th death anniversary of National Hero, World Cultural Celebrity Nguyen Trai was solemnly held at Con Son relic. During the ceremony, all visitors emotionally recalled his life through the cheo (traditional operetta) piece Ve Dong Thanh Hu (Going to Thanh Hu Cave). That day, the relics welcomed a record number of visitors, up to 55,000 people. 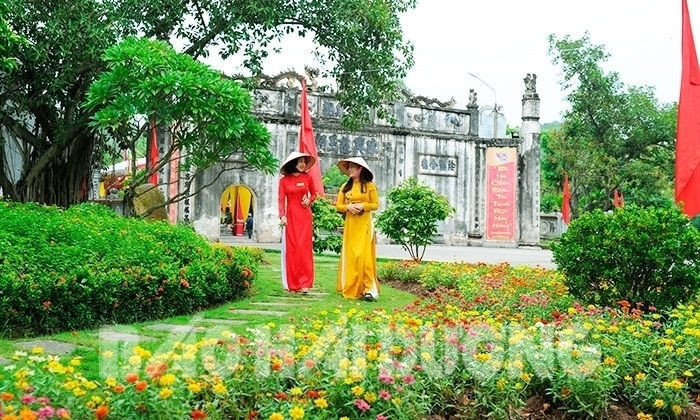 Con Son - Kiep Bac has become an attractive spiritual - ecological tourism site
Not only attending traditional and distinctive rituals of Con Son - Kiep Bac, tourists also had a chance to witness with their own eyes a majestic army festival which recreated the boiling Dong A spirit more than 700 years ago, when Tran Hung Dao, with his virtue, intelligence, and bravery, gathered an army with a large number of boats and ships from various localities for battles.

Organization is the most important factor for the success of an event. In addition, at this year’s autumn festival, the large number of visitors to Con Son - Kiep Bac also indicates the increasing attraction and pervasion of the festival.

According to the Management Board of Con Son - Kiep Bac Relics, there were about 600,000 visitors to this year’s festival, more than the ones before the Covid-19 epidemic. 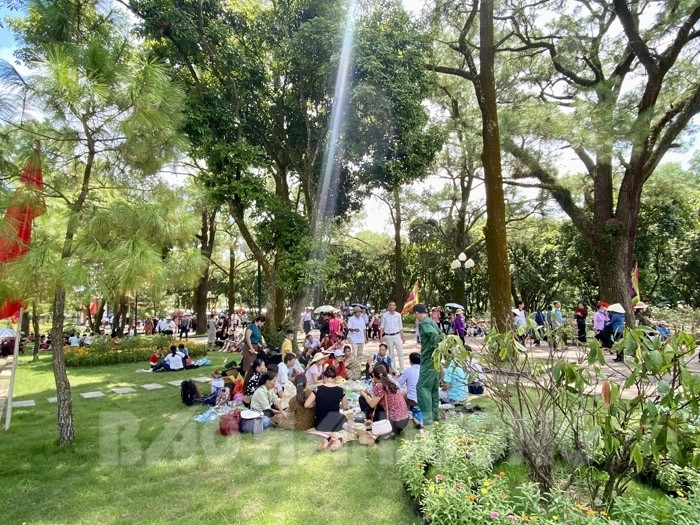 Visitors to Con Son can immerse themselves in a green space like a large park
One thing that has been easy to realize at Con Son - Kiep Bac special national relic site in recent years is that visitors can not only attend solemn and specific rituals but also be immersed in a green space of grass, trees, and flowers. The landscape of Con Son - Kiep Bac relic site is becoming more and more beautiful, taking the shape of a large park.

The value of Con Son - Kiep Bac special national relic site and the festival’s position are being increased higher and higher and spread further and further in the journey to become part of the world heritage.
TIEN HUY