Tran Hung Dao is a shining image of patriotism and the spirit of undaunted struggle for national liberation. 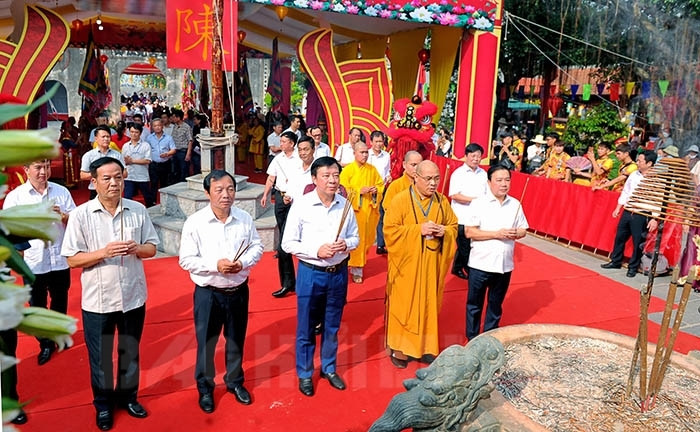 The speech delivered at the commemoration ceremony by Mr. Nguyen Minh Hung, Vice Chairman of the provincial People's Committee, Head of the Organizing Board of the Con Son - Kiep Bac Autumn Festival, affirmed that people's gathering from all over the country to commemorate and pay tribute to Saint, Hung Dao Dai Vuong Tran Quoc Tuan on the occasion of his death anniversary in the 8th lunar month has become a sacred custom. 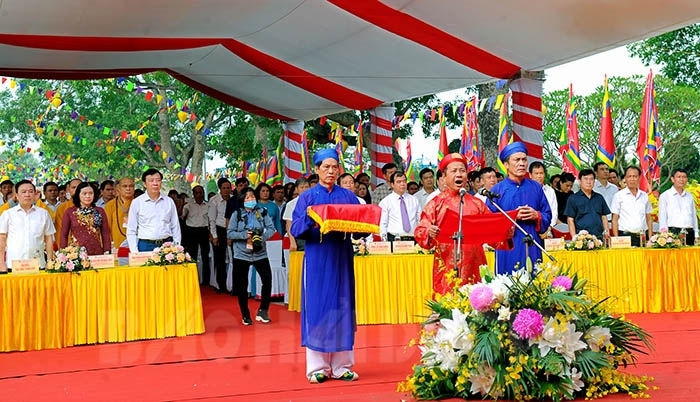 Tran Quoc Tuan was famous early in his childhood for his outstanding appearance, great learning, and martial arts. 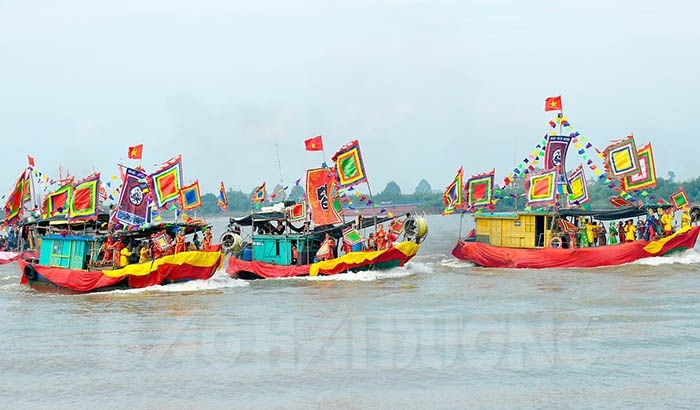 The army festival on the Luc Dau river re-creates the Dong A spirit over 700 years ago
Talented and knowing how to preserve the national backbone, so he was appointed to important posts over the reign of four Tran kings and has been honored and worshipped by posterity for his good reputation. Tran Hung Dao is a shining image of patriotism and the spirit of undaunted struggle for national liberation.

Within the framework of the festival, delegates and visitors witnessed an army festival on the Luc Dau river, which re-created the Dong A spirit over 700 years ago. 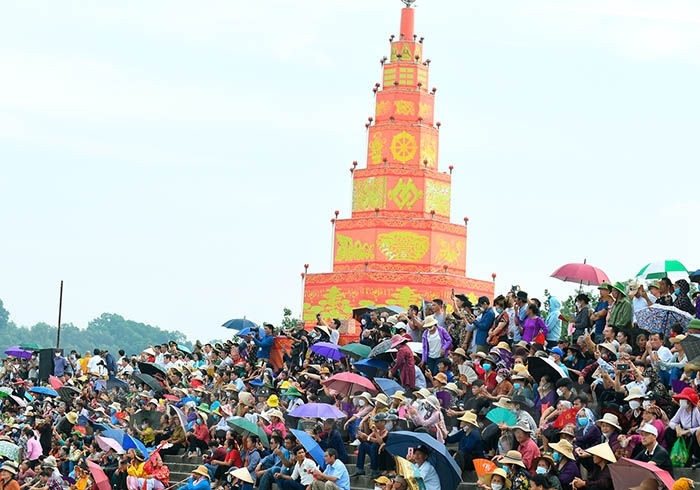 Thousands of visitors watch the army festival
The victory of Hung Dao Dai Vuong Tran Quoc Tuan and the Tran army contributed to ending the peak period of the Mongol army in history. This great merit brought him to the level of a strategic military genius and a top national hero of the Tran dynasty.

The festival not only is an occasion for exchanges, solidarity strengthening, and popularization and introduction of the relic site in the process of completing a dossier with Quang Ninh and Bac Giang provinces for submission to the UNESCO for world cultural heritage recognition but also has a part in preserving, protecting, and promoting the value of the relic site.
TIEN HUY – THANH CHUNG